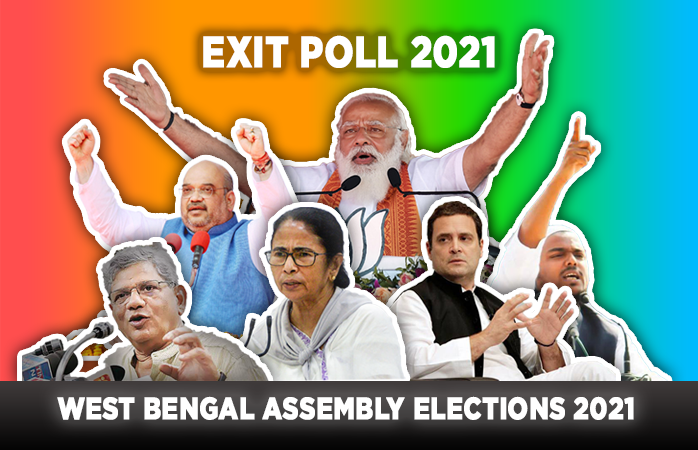 Few Important Observations from Past Elections.

1. There will be no fractured mandate. Either TMC or BJP will form clear majority government. But I will bet on BJP, as the history of Bengal Electoral Politics is concerned, the Anti-TMC sentiment has started consolidating behind BJP from 2018 local body elections. Yes there are other factors as well which will influence the elections.
BJP – Single Largest Party. Though vote share will be less than TMC.

2. TMC will have highest voteshare but less seats as compared to BJP. Because the third front will cut sufficient seats of TMC to keep it away from Power.

3. ISF has fielded 28 candidates where TMC was leading on 23 seats in 2019. These might be the disadvantage to TMC.

5. TMC will win more seats were Minority population is 35%+

Claim 1 : Voter of Left will return back to BJP!

– I think 2-3% may return due to candidates.
– But most of them knew that Left is not going to form government.
– then why to waste vote.
– In Bengal no one wants to be out of the power as the social fabric of the state is more influenced by the Political Parties.
– So the claim I think will turn as false.

Claim 2 : Minority vote will be divided between TMC and the Third Front!

– I think minorities vote for their own interests in their constituencies.
– So they will vote for Congress in Maldah and Murshidabad Districts.
– But majorly they will vote for TMC throughout the state, no doubts.
– But most interesting will be the 28 seats of ISF where there are high chances of vote divide between TMC and ISF.
– Here BJP will gain seats as compared to TMC.
– Most of these seats are in Presidency and Jangal Mahal Area.

Claim 3 : where will the SCST voter swing!

Claim 4 : BJP is a City based or Urban Popular Party.

– This claim has proven wrong as BJP is the party which has gained grounds in Bengal from the Rural areas first.
– 87/120 seats it was leading in 2019 were those seats where Rural population is greater than 50%.
– It still lacks supports in the urban areas of Kolkata.

Only few hours are remaining for the results to come out. Hope there will be a New and Fresh Morning in Bengal Tomorrow!

It's simple to be Difficult!!! But it's difficult to be Simple!!! View all posts by samruddhabharat507