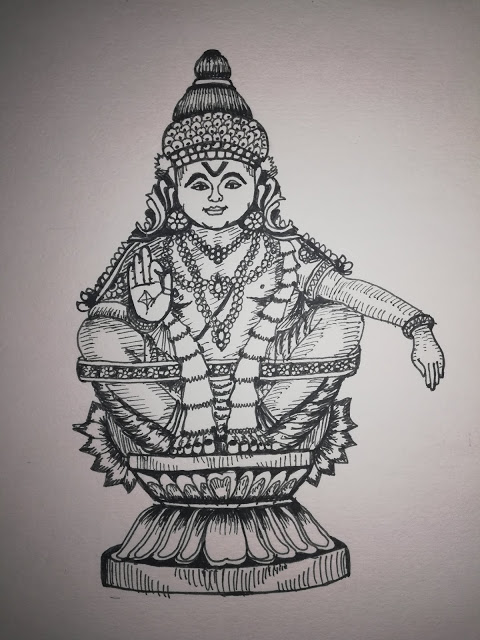 We all are aware of the Sabarimala Verdict by the SC. The Supreme Court has abolished the ban on Women between the age group of 10-50 which is their fertile years. Earlier the Kerala High Court had maintained the ban where the State Government itself supported this position in 1991. Now the issue has come up once again so we need to look into it from all the possible perspectives.
In this blog we would see what the actual tradition of the Sabarimala Shrine is! Later in other blogs we will discuss on other perspectives along with the issues related to the Shrine.
Ayyappa Swami is an Hindu Deity, a Representative of the God. He is a Naishtika Brahmachari deity which means a celibate deity. According to a story Swami Ayyappa decided to live the life of a celibate. He restrained himself from not only marriage but any sort of contact with the feminine gender. He lived his life in the penance and also abstained from any sort of distortion like alcohol, etc. In his respect his father build a temple which is today’s Sabarimala temple, where the deity resided and spent his days of penance. He also resolved to solve the problems and questions of his devotees who successfully completes the 41 days of penance consisting of different difficult challenges and activities. This is somehow similar to the Pandharpur Vaari that is held in the Maharashtra. Let us see some of the important rules followed bu the devotees.
This all about the Sabarimala Shrine and its divine rituals. Now  let us see some important significance of the temple.
This was all about the Tradition of the Sabarimala Shrine. In the Next blog we will cover the important issues and queries related to the Shrine and its tradition.
Advertisement