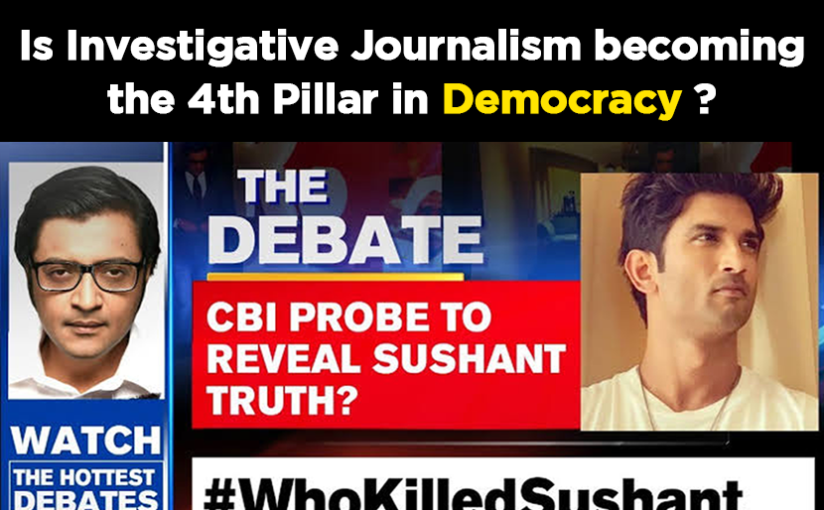 Today it has been 65 days, to the unfortunate passing of Sushant Singh Rajput. And still people and his fans are not able to digest that a highly intellectual and successful actor like Sushant could ever commit a suicide.

Also a lot of questions were unanswered and the way his case was being handled, left a lot of doubt in the mind of the People.

When no doubts were clearly satisfied, the case transformed into a nation wide agitation. People stood for Sushant, showed their solidarity and demanded the CBI investigation. The CBI demand was raised on the social media platform where millions of people all over the world tweeted for justice.

But in this agitation there was a man who made sure that the issue does not get out of the daily headlines. He addressed each and every single doubt which was bothering the family of the late actor and the people as well. It was not less than a media trial. He followed each and every suspect, questioned each and every person linked to the case. Where other media houses dropped the story after few weeks he didn’t stopped. He is none other than @ArnabGoswami

The Way he kept the issue burning in his daily debates, and the way he showed that the investigation is not satisfying, made even the Maharashtra Govt to look into this case more seriously. Some people even tried to politicize it, but today they all are unmasked. After the SC order there are Journalists who question the actor’s family and about the media trial, have forgotten their own power of Investigation and Research based Journalism.

In Democracy, Legislature is to make laws, Executive is to ensure whether they are being followed or not, Judiciary to settle issues and give Justice,

If the above 3 are failing to address them then Research and Investigative Journalism is coming forth to address people’s concerns.